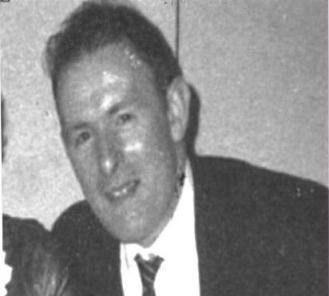 DETECTIVES from the PSNI’s Legacy Investigation Branch are appealing for information in relation to a number of shootings, including two fatal shootings, in Belfast in 1972.

It is part of an ongoing investigation into the activities of the Military Reaction Force, a covert Army unit operating in the city at the time.

Detective Chief Inspector Peter Montgomery, from Legacy Investigation Branch, explained: “We have been carrying out enquiries in relation to a number of shooting incidents between April and September 1972, during which two people were killed and a number of others were injured.

“We are looking at these incidents as part of an overall investigation into the activities of the Military Reaction Force at the time.

“We know these events took place a long time ago and we know they took place during one of the worst years of the Troubles when many shootings occurred but we believe there are people out there who can help us progress this investigation and we are appealing to them to contact us.”

The incidents under investigation are:

• The fatal shooting of 18-year-old Daniel Rooney and shooting of a 18 year old man in the St James Crescent area of West Belfast on 26 September, 1972

• The shooting of an 18-year-old man in the Glen Road area of West Belfast at approximately 9pm on 6 May, 1972 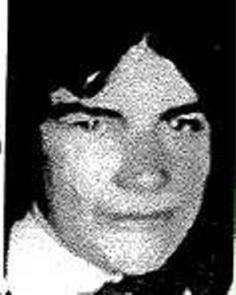 • An incident during which a white Austin Morris vehicle, VRM COI8368, was shot at by a male who got out of what is believed to have been a stalled vehicle in the Kashmir Road area of West Belfast at approximately 2pm on 9 May, 1972

Detective Chief Inspector Montgomery added: “Some of these incidents have been investigated before and people have been arrested or appeared in court in relation to some of them.

“There are also others which have not been investigated until now.

“But in order to progress this investigation, I need as much information from the public as possible.

“I am appealing to anyone who witnessed any of the shootings or anyone who has any further information in relation to them to come forward and talk to us.

“I also want to speak to former members of the MRF who served in Northern Ireland and would ask them to  come forward and speak to my officers.

“I appreciate these incidents took place a long time ago but I believe there are people in the community and elsewhere today who were witnesses to them, remember them or talked about them.

“I need their help to progress this part of the overall investigation. I need the help and the support of the local community so if you think you can help, please contact us on 028 92589128, or email us on LIBEnquiries@psni.pnn.police.uk 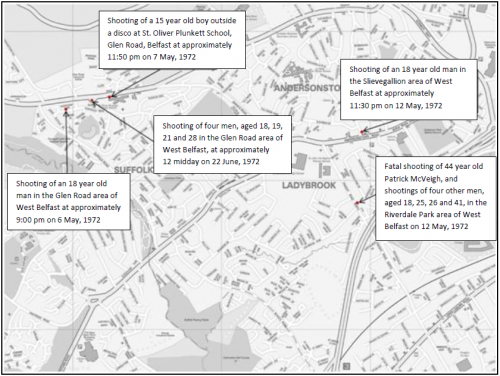