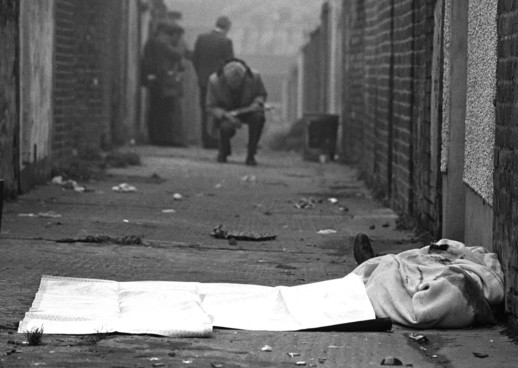 AN investigation into alleged RUC misconduct surrounding the Shankill Butchers serial killers is under threat in because of lack of funding.

Politicians failed to strike a deal during recent negotiations which would have seen a team of independent detectives review all unresolved conflict murders in an investigation funded by the Westminster government.

The Shankill Butchers were a sadistic group of loyalists from the north/west Belfast district.

They carried out 19 savage murders, torturing and mutilating random innocent Catholics with butcher knives and axes before cutting their throats during a reign of terror that spanned some of the darkest days of the Troubles.

They are included in more than 160 probes into alleged police criminality or misconduct – some involving the IRA and a splinter republican group – whose futures are in question because of uncertainty over money, the Police Ombudsman confirmed.

Ombudsman Dr Michael Maguire has now hit out at the potential shelving of the investigations.

“News that the proposed Historical Investigation Unit (HIU) will not now go ahead as planned next year has put a question mark over more than 160 historical investigations on our books,” Dr Maguire said.

“Cases potentially affected include allegations of police criminality and serious misconduct in relation to murders committed by the Shankill Butchers, as well as others committed by republican organisations the IRA and INLA.”

The Shankill Butchers were convicted in 1979 of 19 sectarian Belfast murders.

The gang operated out of a number of UVF drinking dens in the Shankill Road area of west Belfast.

They were finally arrested in May 1977 after killing innocent Catholics for several years.

At the time, some in the Catholic community felt that police had turned a blind eye to the crimes and that the identities of the murderers were well-known, although the force has previously rejected all suggestions of this. 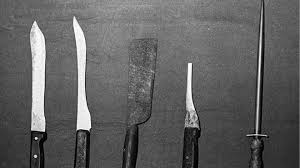 Last month, Dr Maguire wrote to many families involved in historical cases, saying that he planned to transfer them to the new HIU.

But following Stormont’s failure to reach agreement on the past, he said he was worried about when his office would have the funding to begin this work.

He also warned that proposed cuts to his budget may put a question mark over a further 20 historical investigations due to begin in the New Year.

“That’s a total of more than 180 cases over which, at present, I can provide no level of certainty to families about when an investigation will begin,” he said.

Dr Maguire indicated his office would continue to investigate cases but that any reductions in funding would undermine its capacity to deal with the volume and complexity of the probes.

Budgetary pressures have already forced him to reduce staffing of historical investigations by a quarter, with 30 people dealing with some 350 cases and rising.

Dr Maguire said: “A fluctuating financial position has also led to an increased turnover of experienced staff in important investigative roles. Further cuts would, in my opinion, place us under unreasonable pressure, given that for the foreseeable future my office will be the body required to undertake this work.”