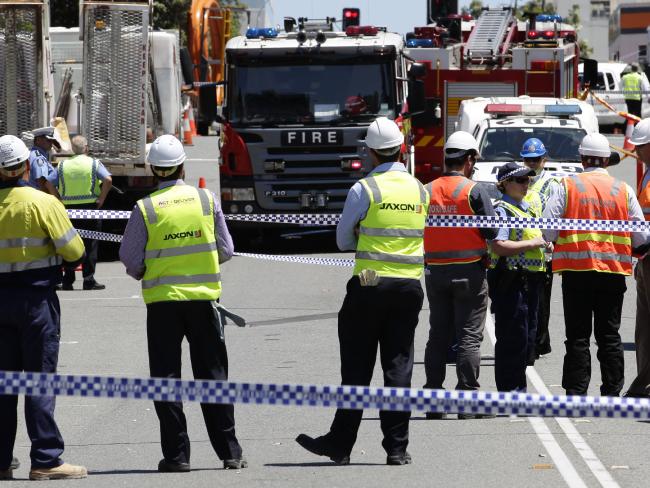 NORTHERN Ireland has been rocked today by the tragic news that two young man from the province have died while working in Australia.

The men – one from Portstewart in Co Derry and the other from Omagh, Co Tyrone – were killed in the workplace accident in East Perth today.

Details on what exactly happened are still sketchy but the deaths has left work colleagues stunned and in shock.

It is understood the men, who are in their 20s, were crushed to death by a concrete slab which fell onto the pavement where they were standing.

A crane was lifting the concrete slabs from a lorry onto the construction site when the accident happened.

Channel 9 News in Western Australia said one of the two men was due to fly home to the North of Ireland next week to spend Christmas with his family.

Both men are in Australia on working visas.

Jaxon Construction, who were carrying out the work on the multi-storey apartment complex released a statement, offering its “heartfelt thoughts and condolences” to the families of the men.

It said: “Our heartfelt thoughts and condolences go out to their families, loved ones and colleagues.

“We are co-operating fully with the relevant authorities and will make further announcements as additional information becomes available.

“Site works have been halted until further notice and the site is now in the hands of relevant authorities.”

The company said the site remained closed and under the control of the coroner.

A Western Australia police spokesman said: “Police were called regarding a workplace incident at a construction site near the corner of Goderich Street and Bennett Street, East Perth.

“The information received was that two people were trapped under a large piece of concrete.

“Two people are confirmed deceased, however at this time they have not been formally identified.

“Due to the incident being at a construction site, Worksafe have been advised and they are attending the scene to investigate the circumstances surrounding the incident.

“WA Police will prepare a report for the Coroner.’’