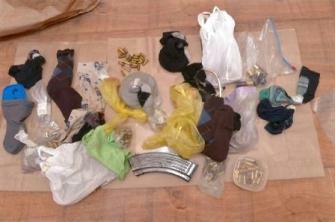 THE PSNI have have disclosed details of what they found in a ‘bomb factory’ at the weekend following a lengthy covert surveillance operation against dissident republicans.

Detectives from the PSNI’s Terrorist Investigation Unit found bomb making components and ammunition which were seized during searches in west Belfast last Sunday as part of an investigation into dissident republican terrorist activity.

Belfast Daily revealed on Sunday that police had found a dissident republican ‘bomb factory’ in the residential area.

It followed an undercover operation by the PSNI’s C3 Intelligence Branch.

Detective Inspector Philip Montgomery, from the TIU said: “We believe this is a significant seizure of munitions and bomb making components which was uncovered during a search of a house at Broom Close in the Twinbrook area.

“The items were concealed in a burn bag in the roof space. 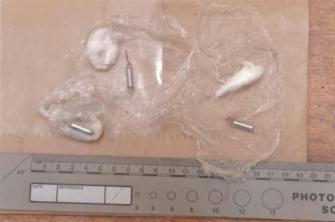 “Inside the brown paper bag were more than 700 rounds of assorted ammunition packed into items of clothing, plastic bags and containers.

“Officers later searched another property at Glenwood Walk in Poleglass and several items have been taken away for detailed examination. We are not in a position at present to disclose what we have found there.

“We believe this is a significant find because it has taken off the streets materials designed to kill and injure.

“We apologise to local communities who were inconvenienced by Sunday’s searches.

“We would like to thank local political and community representatives for working with us during the search operation.

“I am sure the overwhelming majority of people in these communities are thankful that such items have been prevented from causing harm.

“We will continue to work with communities to reduce the threat posed by those involved in such activity and would ask people to contact police if they have any suspicions about terrorist activity.” 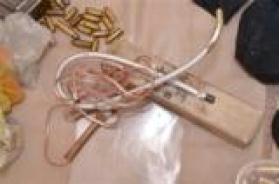 A 57 year old woman and a 44 year old man arrested on Sunday were tonight free from the serious crime suite at Musgrave PSNI station.

The TIU is to forward a file to the Public Prosecution Service with a view to bringing charges.