ROBINSON TO QUIT AS FIRST MINISTER 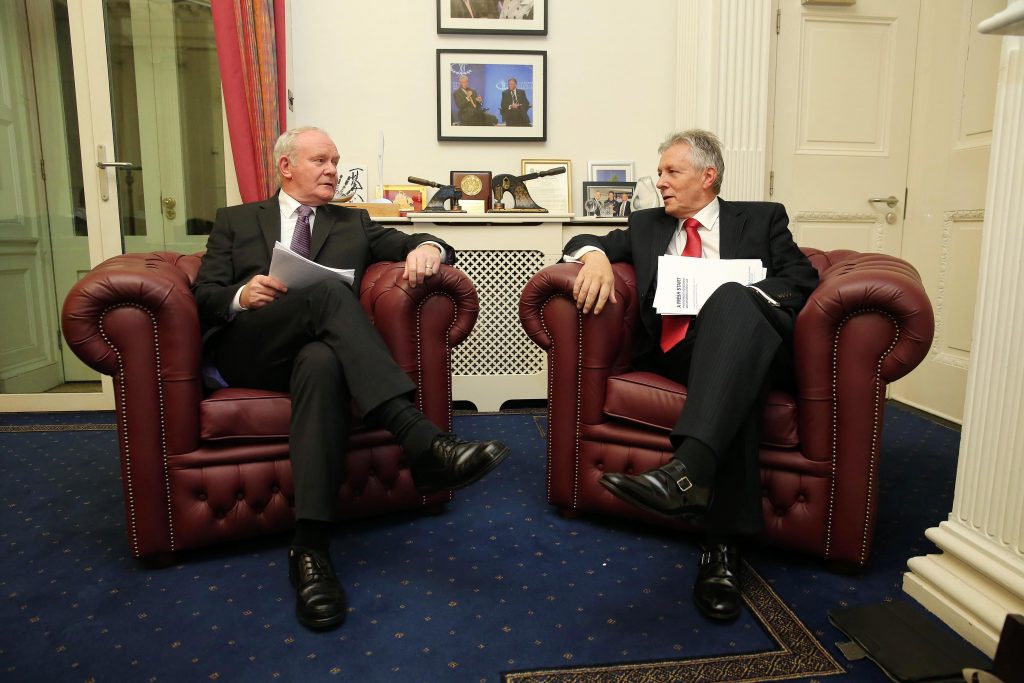 PETER Robinson is to step down as First Minister in the coming weeks.

He will also quit as DUP leader as well after seven years in charge of the party.

There had been speculation that once he had brokered the Stormont House Agreement he would walk away from politics.

The 66-year-old has had two spells in hospital this year with heart problems.

But he has denied he is quitting politics for health reasons.

There has been speculation that he is soon to receive a peerage to the House of Lords.

The DUP holds its annual party conference this weekend in Co Down where he is expected to make his farewell speech.