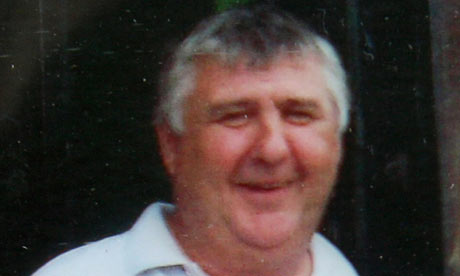 POLICE Ombudsman Dr Michael Maguire has found no evidence to support concerns that police did not intervene to stop a sectarian attack in Co Derry in which Kevin McDaid later died in hospital.

He also found no evidence that police officers had earlier texted a number of Loyalists in an attempt to inflame tensions in the town.

The allegations relate to the death of Mr Kevin McDaid, who died after he was beaten in an attack in the Heights housing estate in Coleraine on 24th May 2009, the day of a Rangers v Celtic football match.

A number of other people suffered serious injuries in the attack.

Nine men received prison sentences for offences relating to Mr McDaid’s death and the attack on others.

However, concerns were voiced that policing that day had not been robust, that some police officers had texted Loyalists earlier in an attempt to goad them into violence and that officers did not intervene when these men launched an attack.

Dr Maguire has described the referral made to his Office about events that day as among the most serious which can be made. He said his team undertook a thorough, detailed and independent investigation of what happened.

They recorded 120 witnesses’ statements from members of the public from both sides of the community and from police.

They examined all available CCTV coverage of the area and listened to all local police radio transmissions made from 12am until 12pm that day.

They recovered and examined a number of mobile phones. All relevant police documentation, including the notebooks of police officers involved in the operation, were also examined.

“All this material when taken together has allowed us to compile a detailed and independent picture of what happened.

“My investigation has found no evidence to suggest that police planning and actions that day were driven by anything other than a desire to prevent injury or damage to Coleraine and its citizens.

“Police did all that could be reasonably asked of them. The sole responsibility for what happened lies with those who attacked Mr McDaid and others in such a vicious way.”

Dr Maguire said his investigators examined the mobile phones of the police officers who were dealing with events that day:

“A forensic examination of these phones uncovered no evidence of any calls or text messages as alleged to those who were in a bar where Rangers supporters had been prior to the attack or to those who were subsequently arrested for it.”

Dr Maguire said he has considered very carefully the allegation that policing of events was not robust enough:

“There is clear evidence that police had made plans which were regularly reviewed. Each time there was a report of increased tension, police responded to it.

“From early afternoon police were talking to both sides and for several hours this seemed to be help contain things.

“They had neighbourhood police officers ‘on the ground,’ police vehicles were patrolling the area and officers were watching the Bar on CCTV cameras.

“Police had planned for the possibility of trouble, particularly when the bars closed, with more officers to be put in place.

“Had they taken a more visible approach and put officers in riot gear onto the streets, police judged that this might have provoked the sort of trouble they were trying to avoid,” he said.

Some people have questioned how a group of people intent on causing trouble were able to get to the Heights estate without police intercepting them:

“The most direct route between where these men had been prior to the attack and the Heights estate was to use the main bridge across the River Bann.

“We have looked at the CCTV footage covering the period in question and can confirm that no large groups of people can be seen using the bridge prior to the attack. It was later established that those involved had not travelled in one group to the area and had taken different routes,” said the Police Ombudsman.

Dr Maguire said that for him the most serious of the allegations was that police did not respond properly to reports of the attack and then, when they got to the scene, failed to intervene.

“Police records and the eye witness statements do not back up this suggestion. Indeed some of the people who were there and saw what happened have praised the officers for their attempts to intervene,” he said.