JOBS BLOW AS 100 POSTS TO GO AT CATERPILLAR 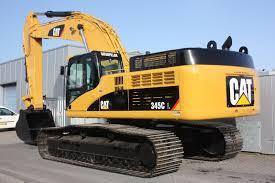 THERE is more grim news on the jobs front with the announcement that 100 posts are to be axed at Caterpillar in Northern Ireland.

Caterpillar employs about 2,000 people in plants at Larne, west Belfast and Monkstown.

The union, Unite, said 2,500 high-value manufacturing jobs have been lost in Northern Ireland in the past year.

The union said those who say manufacturing in Northern Ireland is not in crisis “are in denial”.

The jobs losses at Caterpillar is a triple blow for the manufacturing industry in recent weeks and comes seven days after Michelin said it was shedding 860 jobs at its Ballymena factory which will close in 2018.

Half of the posts at the US engineering firm are full-time staff, the other 50 are agency contract workers.

Earlier today, US firm Schrader Electronics said it was choppiing 42 jobs from its plant at Carrickfergus, County Antrim.

“Current weaknesses in the economies of some key markets are impacting on global demand for a number of our products,” a company statement said.

Last month, it announced it was cutting 20 management and supervisor roles in Northern Ireland.

Caterpillar has been hit by the collapse of commodity prices that have affected its key customers in the mining and energy sectors.

The company said it was “taking necessary measures to help support the competitiveness and sustainability of the business for the future”.

In the past four years, Catepillar has slashed its workforce by 1,000.