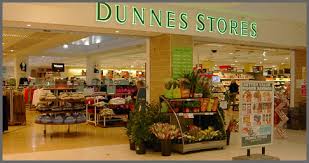 THERE is further bad news on the jobs front this evening with 50 grocery posts under threat at Dunnes Stores in west Belfast.

Dunnes Stores (Bangor) Ltd – which runs the stores across Northern Ireland – has told staff that the food hall at the Park Centre could be axed.

Another 50 workers are employed in the clothing department.

Over the last year Dunnes has shut at Connswater Shopping Centre in east Belfast, Antrim and Ballymoney.

It also closed the food hall at its Portadown branch.

The Unite union described the threat to 50 jobs in west Belfast as “a severe setback” for the area.

Said Sam Smyth of Unite: “This is a cruel blow which will mean dozens of workers face redundancy in the weeks before Christmas.

“Those who face redundancy include full-time and part-time workers from every background, including students.”

Today’s threat to jobs comes hard on the heels of the announcement on Tuesday that 860 jobs are to go at the Michelin tyre factory over the next three years before it ceases operations in Ballymena.

And last week 200 jobs were lost BT Tower in Belfast where an IT call centre was based.