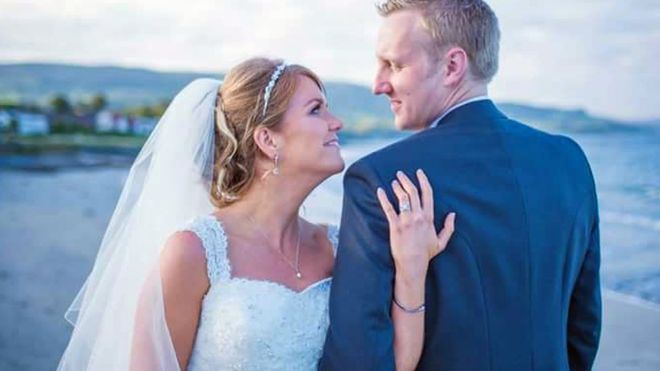 FUNERAL arrangements have been made by the sorrowing families of John and Lynette Rodgers.

The bodies of the newly-wed couple arrived home earlier today from South Africa.

John and Lynette Rodgers tragically drowned on a beach at Plettenberg Bay in the Western Cape on Friday 24 October after a tragic drowning incident.

A joint funeral is to be held for the couple at First Holywood Presbyterian Church in Holywood, Co Down, where they were married just over two weeks ago.

The ceremony is due to take place on Monday morning, November 2.

Lynette Rodgers, 26, was a physiotherapist and lived in Holywood.

Her 28-year-old husband was originally from Ballygowan, and worked for a printing company in the garrison town.