MAN SHOT IN LEG THROUGH DOOR IN NORTH BELFAST ATTACK 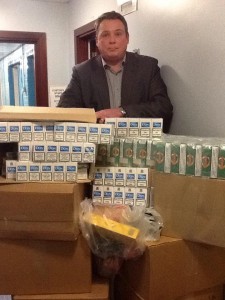 A man has been shot in the leg at a house in the Ardoyne area of north Belfast.

The victim answered a knock at the door of the house at Butler Walk around 10 pm last night.

Before opening the door, he heard a loud bang and realised he had been shot in the leg.

He was taken to hospital for injuries that are not life-threatening.

The man’s partner and four young children were in the house at the time.

He appealed for anyone with information about the shooting to contact detectives on 101.