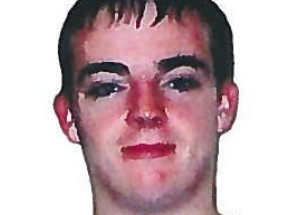 ‘WAKING The Dead’ detectives are appealing for information in relation to the brutal sectarian murder of James McMahon 12 years ago.

Mr McMahon was attacked by a group of males in the Hancock Street area of Lisburn at around 10.30 pm on November 20, 2003.

The 21-year-old was taken to hospital but died the following day as a result of the injuries he sustained.

Appealing for information, LIB senior officer Detective Chief Inspector Peter Montgomery said: “We have carried out a review of this case and as a result, we are keen to speak to anyone who can help us.

“There are people out there who know what happened to James McMahon that night and we know they have information which could help us bring people before the court.

“Alternatively, information can be given to the Crimestoppers charity anonymously by telephoning 0800 555 111.”

A number of people have appeared in court on related arms charges however no-one has been charged with Mr McMahon’s murder.

Darren Kenneth Grant and Anthony Madden may know something about the sectarian killing of James McMahon in Lisburn in 2003.

The 21-year-old was bludgeoned to death by a gang of masked loyalists on November 20, 2003 as he walked home after a night out.

Members of the UDA are believed to have carried out the murder.

Less than 24-hours after Mr McMahon’s death, and under orders from the UDA, Darren Grant (37) and Anthony Madden (34) moved a stockpile of weapons to what they believed was a safe house in the Hillhall estate in Lisburn.

Madden returned to the house on November 22 with a third man, reminding the owner that something had been hidden in his attic which he was to say nothing about.

Two weeks later the PSNI took the homeowner in for questioning about the McMahon murder.

He admitted that something had been hidden in his attic by loyalists and a follow up search unearthed the weapons haul.

Grant and Madden were later arrested and charged with possession of firearms, ammunition and explosives with intent to endanger life.

The pair were sentenced to eight years in prison at Belfast crown court. in 2005. During their trial they admitted to acting as “bagmen” for the UDA.

After realising its members had murdered Mr McMahon, UDA bosses ordered a number of arms dumps in Lisburn to be cleared.

The organisation feared the PSNI could learn of the weapons’ location if a UDA member suspected of involvement in the McMahon killing broke during questioning.

Loyalist sources said Mr McMahon’s murder was “not sanctioned by the UDA” but that UDA were involved.

During PSNI interviews Grant and Madden consistently refused to reveal the name of the UDA chief who ordered them to move the weapons.

He is now crucial to the current LIB inquiry and detectives hope someone will come forward and name him.

A total of four people have been questioned about the murder, however no one has been charged.