BRENDAN RODGERS ‘DISAPPOINTED’ AFTER HE WAS SACKED AS LIVERPOOL FC BOSS 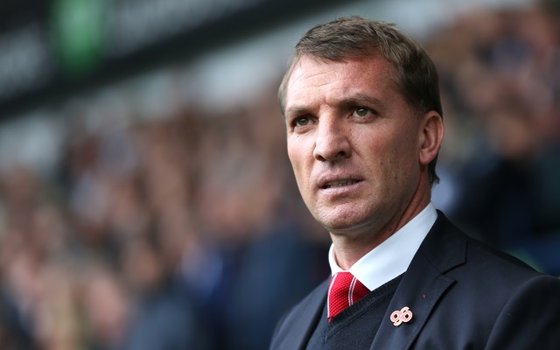 BRENDAN Rodgers has broken his silence 24 hours after he was asked as manager of Liverpool Football Club.

The owners had decided to show him the door whether he won, lost or drew.

The favourite to take taken over the Anfield reins is Jurgen Klopp.

This even Brendan Rodgers said in a statement: “I am, of course, incredibly disappointed to be leaving Liverpool Football Club. It has been both an honour and a privilege to manage one of the game’s great clubs for the last three years.

“I have worked every day to represent the club to the best of my ability, to develop both individual players and a team that the club’s magnificent fans can be proud of.

“There have been some very memorable moments during my time at Liverpool and I would like to thank all of the players for their hard work and commitment.

“The current squad is one in transition, but they have some real talent and are showing a strong sense of togetherness. I expect to see them continue to grow and develop over the coming weeks and I wish them and my successor well for the rest of the season.

“Liverpool has a magnificent football heritage and I have nothing but respect and admiration for the history, tradition and values that make the city and the club so exceptional.

“As well as my players, I would like to thank everyone connected with the club; Fenway Sports Group, the Liverpool Directors, in particular Ian Ayre, my coaching staff, the staff throughout the club, the volunteers, the Academy staff and its young players and of course the amazing Liverpool fans for their unwavering support, passion and dedication which has made my time at the club so special.

“Finally, I would like to give a special mention to John W. Henry, Tom Werner and Mike Gordon.

“They gave me this great opportunity and even though we will no longer be working together I am sure our relationship and friendship will continue into the future.”

“Brendan is without doubt one of the most talented and forward-thinking British managers in the game.  His abilities were formally recognised in 2014, when his peers voted him LMA Manager of the Year following his brilliant work at Liverpool, which very nearly guided them to the Barclays Premier League title.

“His time at Liverpool has demonstrated he has both the skills and personality to manage at the highest levels of the game.

“Brendan has dedicated his entire professional life to developing players and teams, and I am certain that with his knowledge and passion for the game it won’t be too long before he finds a new challenge.”