SDLP south Belfast MLA Claire Hanna has called on the Executive to take decisive action on the on-going refugee crisis.

Speaking in the Assembly Chamber today Ms Hanna said that debating the issue was not enough and that a pathway must be established to prepare Northern Ireland for incoming refugees.

Ms Hanna said:  “It is appropriate that the Assembly is used to give voice to the deep solidarity of people here with those fleeing their homes due to the conflict in Syria, and that we urge the EU to provide safe, legal routes for a substantial numbers of Syrians.

“However, it is not enough to just debate the issue. Support for refugees must be properly planned and funded.

“Unlike elsewhere in the UK, there is no refugee integration strategy to support refugees and asylum seekers here, with each applicant having to ‘reinvent the wheel’ and piece together support for their economic and social integration with help from organisations like the Law Centre, Bryson and Homeplus.

“OFMDFM’s Racial Equality strategy was receptive to a formal support pathway for refugees but this has not been advanced and refuges families and individuals face piecemeal support and bureaucratic barriers. 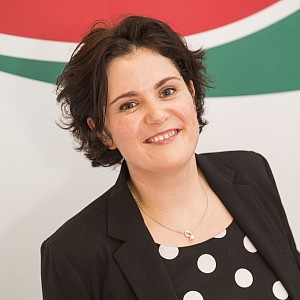 “Our current failing system has people become destitute for weeks or months due to delays in processing, the benefit system and in accessing permission to work.

“It is also important that we remember that migration in general has been positive for our economy. We must not think of refugees as a burden but should facilitate them to make a positive social and economic impact here.

“We welcome the opportunity to discuss this issue and the public have made clear they want to help those facing real crisis.

“We must now see meaningful action and not just good words from the Executive and relevant departments.”