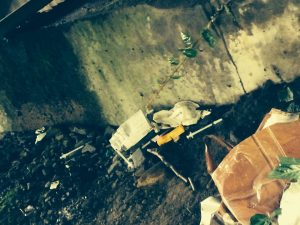 DETECTIVES from the PSNI’s Reactive and Organised Crime Branch have arrested two men as part of a heroin dealing probe.

The men – aged 24 and 30 – were detained in Belfast City Centre this morning on suspicion of supplying heroin and money laundering offences.

Both men are currently in custody at Musgrave PSNI station being held under the Misuse of Drugs Act 1971.

They currently helping detectives police with their enquiries.

“I would ask anyone who has any information about those who supply and deal in this poison to help their communities and give that information to police on 101.

The deadly trade in heroin will be the subject of an undercover BBC Spotlight investigation to be screened tonight on BBC1 Northern Ireland at 10.35 pm.