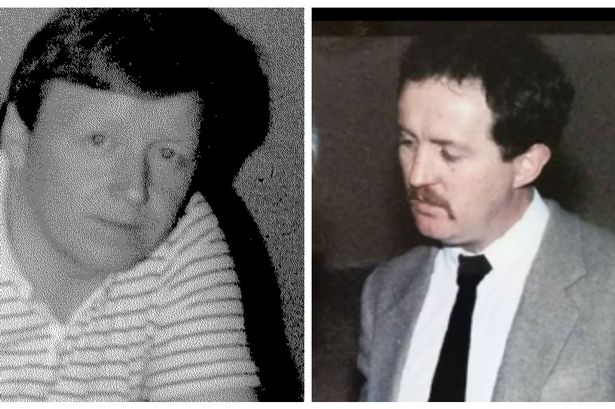 ‘WAKING The Dead’ detectives are to re-examine the loyalist murders of two Catholic workmen more than two decades ago.

Detectives from the Legacy Investigation Branch (LIB) say they had new information about the shootings.

The officer leading the probe, Detective Inspector Neil McGuinness said: “Both these men were innocent Catholics who were murdered for no other reason than their religion,” a police spokesman said.

The men were targeted by loyalist gunmen in separate attacks. However, no-one has ever been charged in connection with either murder.

He was sitting in his living room with his 13-year-old son when three men forced their way in and shot him before escaping in a blue taxi.

He was working as a taxi driver and had gone to pick up a passenger at 22:15 BST, when he was approached by two masked men who fired several shots at the car, fatally injuring him.

They ran away down an alleyway off Dunluce Avenue.

Added DI McGuinness: “Two families were left devastated; two wives lost their husbands and their children lost their fathers at the hands of callous murderers.

“As a result of information we have recently received, we believe we are now in a position to progress both these investigations, however we need the help of the public.”

Police want anyone who was in the area at the time of either shooting or who has information about the activities of loyalists in the area in the late 80s and early 90s to come forward.