VILLIERS ORDERS REVIEW OF PARAMILITARY GROUPS AHEAD OF TALKS 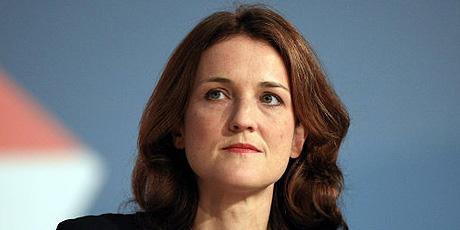 SECRETARY of State Theresa Villiers has said she has commissioned an assessment from MI5 and police on the current structure and purpose of paramilitary organisations in Northern Ireland.

The assessment, to be published in mid-October, will be used to inform parties at Northern Ireland’s cross-party talks.

It follows the PSNI assessment that members of the Provisional IRA were involved in the murder last month of former Provo Kevin McGuigan.

However, the assessment stop short of setting up a whole new Independent Monitoring Commission to keep tabs on PIRA, INLA, UVF and UDA, all groups who claim to be on ceasefire.

In a statement today Friday, she said she is to establish a fund to help agencies tackle organised crime associated with paramilitary groups.

DUP First Minister Peter Robinson said his party was content that the government had addressed the “two issues that we had expressed concern about”.

Sinn Fein will see it as a sop to the DUP.

Yesterday, Martin McGuinnes had called for no pre-conditions before all party talks started on Monday, September 21, at Stormont House.