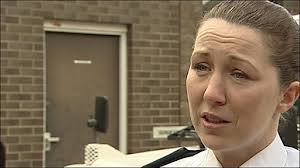 THE PSNI is to kick start its campaign to tackle street-level drug dealing across Northern Ireland.

Operation Torus is an initiative which the Police Service runs twice a year to help remove drugs from our streets.

“Over the past number of years, we have recorded considerable success with Operation Torus.

“In the most recent phase of the initiative between February and April this year we seized £1.46 million worth of illegal drugs.

“For us to be as successful as possible, we need the help and support of local communities to remove this illegal activity from our streets.  That is why we run Operation Torus, because it empowers local people to come forward with information about drugs in their area.”

Latest overall figures show that from 1 September 2014 to 31 August 2015 there were 5,025 drug seizures across Northern Ireland and 2,944 drugs related arrests.

Figures for the same period the previous year showed 4,894 drug seizures and 2,774 arrests.

Detective Superintendent McMullan added: “The Police Service of Northern Ireland will continue to disrupt and arrest those involved in the sale and supply of drugs, bring those individuals before the courts and work with communities and partner agencies to reduce the threat of harmful and illegal activity.

“I would continue to ask communities to provide us with information about illegal drugs. If you tell us, we will act on it. That’s our commitment.

“Our message is clear and simple:  if you see or know of anyone who is dealing drugs in your local area, then contact your local police on the non-emergency number 101 or alternatively you can contact the independent charity Crimestoppers anonymously on 0800 555 111 and pass on any details that you may have.”