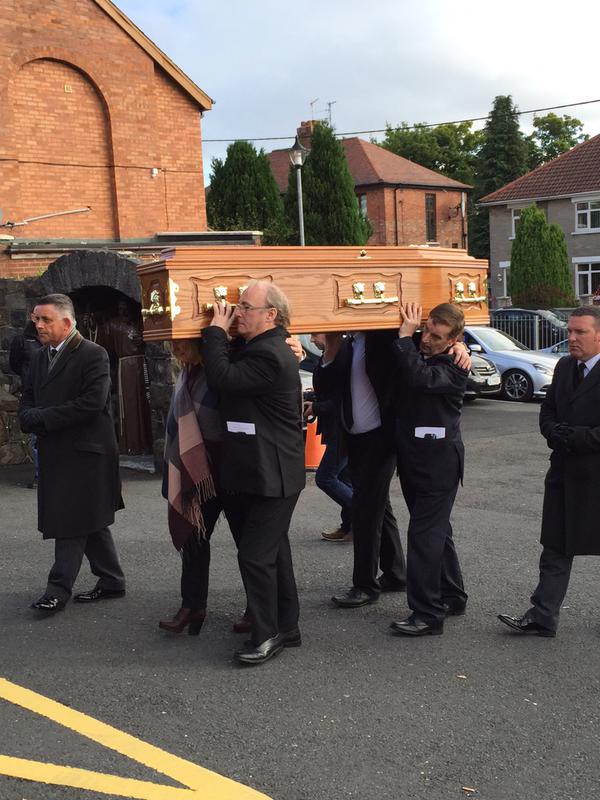 THE funeral has taken place for IRA murder victim and one of the Disappeared Seamus Wright who vanished without trace over 40 years ago.

They were murdered and then their bodies dumped in a bogland grave in the Republic.

Their remains buried together in a single shallow grave in Coghalstown, County Meath, and lay there until June when they were discovered during the search for another Disappeared victim, former monk turned IRA man Joe Lynskey.

Family and friends gathered for Requiem Mass for Mr Wright at St Agnes’ Church on the Andersonstown Road in west Belfast today.

Fr Brendan Callaghan told mourners it had “taken a long time for us to come to this point”.

He said Mr Wright had a “strong religious dimension” to his life and was also a “committed family man”.

“He died a young man, just 25 years of age, and the death of a young person seems to hit us harder,” Fr Callaghan added.

The remains of 12 abducted and murdered IRA ‘Disappeared’ victims have been recovered and positively identified to date.