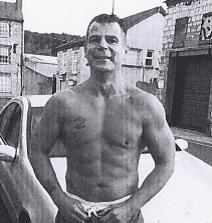 POLICE and the family of missing 47 year old Joseph McCauley are becoming increasingly concerned for his welfare.

Joseph, also known as Joey, was last seen in the Ballymena area on Sunday 30th August and was wearing a navy Berghaus fleece, blue jeans and grey Nike trainers.

He is described as being 5’11” tall, of large build with short greying brown hair and blue eyes.

Joseph is known to have contacts in the Larne, Lurgan, Newcastle and Newtownabbey areas but could be travelling anywhere across Northern Ireland.

He is believed to have a blue coloured tent in his possession which he may be using to sleep in.

Inspector Trevor Atkinson has appealed to Joseph or anyone who knows of his whereabouts to contact police in Ballymena on 101.