ARREST NO 17 AS WOMAN HELD OVER MURDER OF KEVIN MCGUIGAN 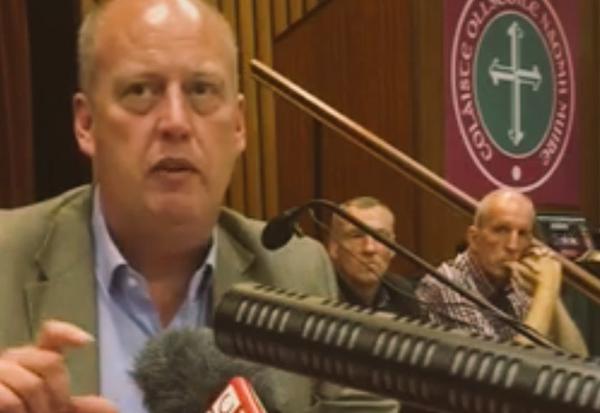 Chief Constable George Hamilton at west Belfast festival. Keeping a close eye on him is IRA Chief of Staff Martin ‘Duckser’ Lynch and his second in command Bobby Storey

DETECTIVES investigating the murder of Kevin McGuigan n 12 have arrested a 50 year old woman in Belfast.

She was detained under section 41 of the Terrorism Act and taken to the serious crime suite in Antrim for questioning.

It brings to 17 the number of people arrested and questioned over the 53-year-old’s murder outside his Comber Court home in the Short Strand district of east Belfast.

Three senior IRA men arrested yesterday over the murder are still being quizzed at the serious crime suite.

And Eddie ‘Bubbles’ Copeland the Provo who was the mastermind behind the October 1993 Shankill bomb massacre.