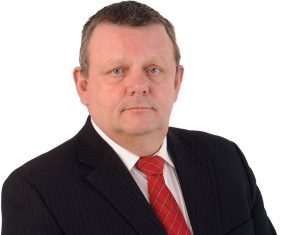 EAST Belfast UUP MLA Michael Copeland has resigned his Stormont seat a year after he almost took his own life.

Last December he revealed he was suffering from depression and tried to take his own life in September 2014.

In a statement today, party leader Mike Nesbitt said: “”I am sorry to see him go but on a personal level, glad he is creating space for himself to concentrate on his own well-being.”

The UUP will now pick a party member to co-opt and replace Mr Copeland.

Mr Copeland has been absent from Stormont over the past year saying he was “unable to return” due to his mental well being.

On his attempt to take his own life, he said he was “in a dark and lonely place and I am lucky to have survived”.

He said he noticed a change in his own mood and behaviour about two years ago.

The East Belfast politician said he became stressed and irritable and also started to forget things.

He said on one occasion, about 18 months ago, he found himself in a room and “I didn’t know why I was there”.

He found this discomforting and it “was as if my mind was somewhere else”.

Referring to newspaper reports about his private life he said he did “not wish to comment on them”.