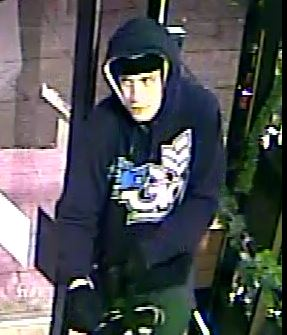 DETECTIVES have appealed for public help in trying to trace and identify this man (pictured) in relation to an attempted armed robbery in north Belfast.

It happened at commercial premises in the Cavehill Road area on the evening of Tuesday 2 December 2014.

Detective Sergeant Michael Hawthorne said: “At approximately 6pm, it was reported that a man entered an off licence and struck a till with a hammer.

“He made off empty handed and no-one was injured in the incident.

“I would like to speak to the man pictured who may have information about this attempted armed robbery.

“He, or anyone who knows him, is asked to contact detectives at Musgrave Police Station on the non emergency number 101.” 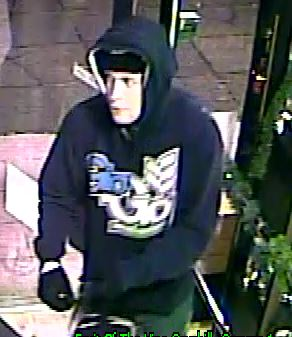