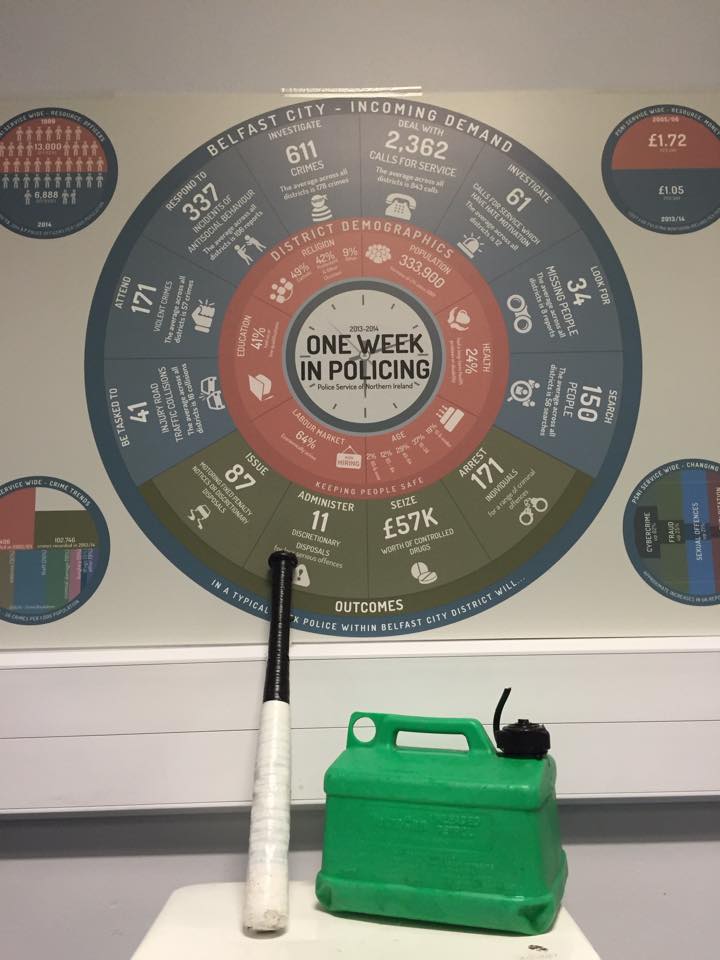 POLICE in north Belfast have seized a petrol can and an “improvised bat”.

Officers from Tennent St Response and its Local Policing Team had been watching around the Limestone and Alexandra Park areas after “event gather-ups of young people at the interface”.

A police spokesperson said: “Officers responded to reports down there an hour ago of youths from both side of the community gathering and they were able to disperse the crowds and seize a can of petrol and an improvised bat will be forensically examined.

“The message is for young people to steer clear of trouble at interfaces, and for parents to know where their children are.

“Both adults and young people have a shared responsibility in this.

“If you see anything suspicious, call police on the 101 non-emergency number.”