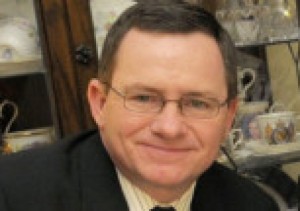 THE conviction today of a DUP member and church preacher has been welcomed by the politician who use to employ him.

David McConaghie was found guilty at Craigavon Magistrates’ Court of a charge of voyeurism.

He planted a secret camera in the toilet of the Portadown constituency office of local DUP MP David Simpson to spy on female staff in the course of a private act.

The 50-year-old could now be placed on the sex offenders’ register when he is sentenced next month.

Following the ruling, DUP MP David Simpson issued a statement on the “very disturbing matter” and stressed this would be his only commentary on what happened.

“I do not wish to prolong what has been a horrendous ordeal for my staff,” the statement said.

“The judge has made the correct decision which I wholeheartedly welcome.

“I wish to thank the PSNI and the PPS for their sensitive handling of this matter. Also my party colleagues for their support and the court staff for their kindness.”

“Most importantly, I thank my staff and pay tribute to their bravery in giving evidence and withstanding a harsh, invasive cross-examination,” he continued.

“I do not intend to make any further comment on this very distressing matter, save to say my staff will receive every support as they move on from their ordeal.”