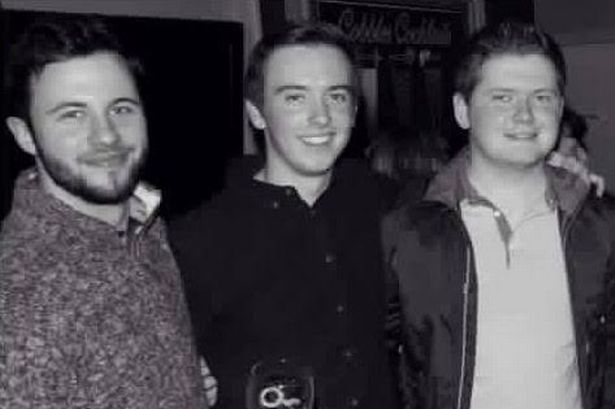 POLICE have named the three men killed in a car crash in on Sunday during torrential rain and poor visibility.

Those who perished were Peter Hughes, 19, from Dromintee, Coy Armagh, Conall Havern, 20, from Crieve Road in Newry, Co Down, and Gavin Sloan, 20, from Attical, Co Down.

The crash happened on the A1 dual carriageway between Dromore and Banbridge around tea time.

The red Vauxhall Corsa in which the men were travelling was in a collision with a black Volkswagen Tiguan.

A woman travelling in the other car was taken to hospital for treatment for injuries that are not believed to be life-threatening.

Mr Hughes had just completed his first year of a mechanical engineering course at Queen’s University in Belfast.

Mr Havern was also a student at Queen’s and was studying chemical engineering. He had just celebrated his 20th birthday.

The A1 was closed for several hours following the crash but was reopened on Monday morning.

Mr Hughes had been head boy in his final year at St Paul’s High School in Bessbrook, County Armagh.

The school’s principal Jarlath Burns described him as “academically brilliant” with a “fantastic personality”.

“He was one of these lads who had everything, he had so much integrity and was a fantastic role model,” Mr Burns said.

“He is somebody who left a lasting and indelible legacy on this school.

She added that she would meet with police on Tuesday to ask if anything more could be done to improve safety on the road that is “well-renowned for bad accidents”.