HEALTH AND SAFETY PROBED AFTER CHILD DIES AT BREWERY 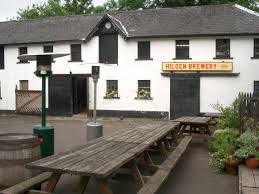 THE Health and Safety Executive has launched an investigation after a four-year-old boy died in an accident at a family-owned brewery.

Oliver Scullion, son of the manager of Hilden Brewery in Lisburn, died in the incident at the premises on Grand Street.

It is understood he was crushed under a large metal tank.

The boy’s father is also believed to have been injured.

In a statement, the boy’s family said they were “deeply upset” and requested privacy.

Family friend and SDLP councillor Pat Catney said the child was “a force of nature”.

“This little blond four-year-old wonder enchanted everyone who met him,” he said.

“He was part of the life here at the brewery and I know that the staff are also devastated at his death.”

The Health and Safety Executive said in a statement: “We have been notified of the death of a young child at a commercial premises in the Lisburn area and is investigating the circumstances”.

“We are unable to comment further at this stage except to offer our deepest sympathy to the family.”