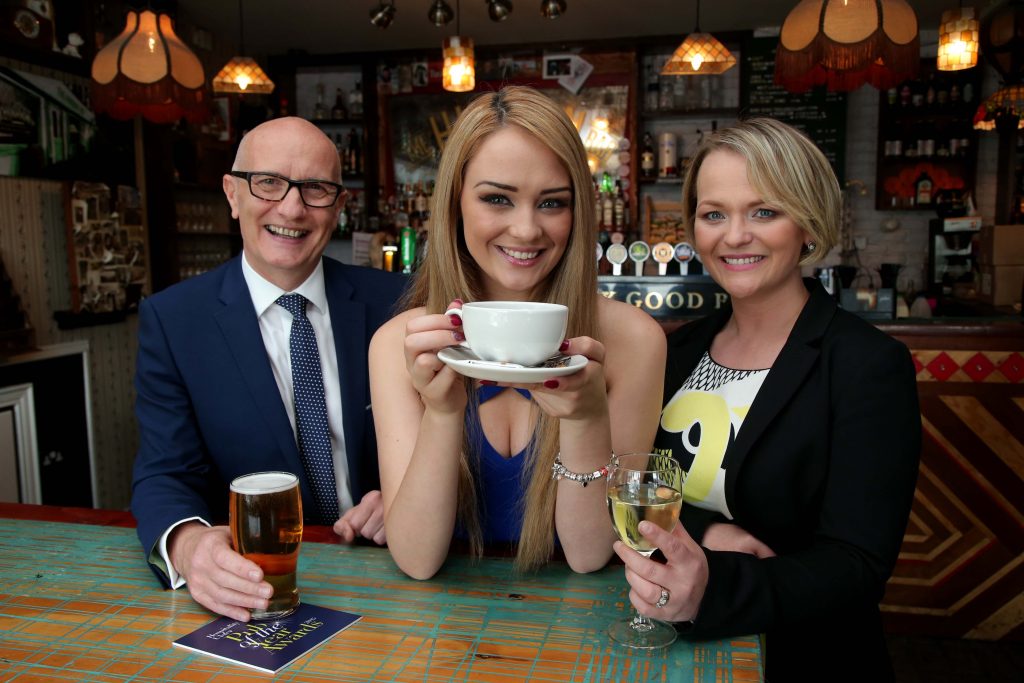 THE search to find Northern Ireland’s best pubs, hotels and restaurants is getting under way as the new look annual Pub of the Year Awards are launched for 2015.

In recognition of the widening scope of the hospitality industry in Northern Ireland, a record FOURTEEN Awards are up for grabs, each designed to highlight the very best that the sector has to offer.

With the introduction of three Pubs of the Year Awards, recognising the best pubs and bars in rural, urban and city locations, this year’s Awards are set to be the most inclusive ever.

Also new for 2015, three Commitment to Local Food Awards (in partnership with FoodNI/Taste of Ulster) will recognise the growing importance of locally sourced food within Northern Ireland’s best pubs, hotels and restaurants.

With community involvement continuing to be an important focus for the local hospitality industry, 2015 also welcomes the introduction of three Commitment to the Community Awards for pubs, hotels and restaurants.

One Award category will invite nominations from the general public.

People can nominate their favourite barperson by writing to The Sunday Life, which is joining forces with Hospitality Ulster once again to find out who’s the Best Barperson in the pub personality stakes.

All submitted Award entries, along with public nominations from the Best Barperson and the Industry Legend Awards will be vetted and judged by an independent judging panel comprised of industry experts, before being mystery shopped to ensure they meet industry standards and best practice guidelines.

“We have some of the best hospitality venues in the world right on our doorstep and many of these are setting industry standards when it comes to their customer offering and service as well as innovation.

“As our industry has evolved, so have we as an organisation and so too have our Awards. That is why we are introducing a number of new Awards for 2015, which recognise the widening scope of the industry.

“Whilst retaining the proud title of ‘Pub of the Year Awards’ and celebrating and honouring all that is great about the Ulster Pub, we have also introduced several new Awards that recognise the growing diversity of our pubs, hotels and restaurants.

“I would encourage all businesses to get involved and enter this year’s Awards, as we strive to celebrate the real heroes of Northern Ireland’s hospitality industry.”

The prestigious Awards aren’t all that’s up for grabs; the winners of each Award will be offered an exclusive place at an interactive Masterclass, with one of the UK’s most sought after speakers and trainers, David Meade.

David will guide the chosen few through a host of practical techniques that focus on driving sales by developing their customer experience.  In this unique session, exclusively for award winners, David will reveal the real secrets behind motivating staff and driving sales. Combining his personal interests of popular psychology, consumer behaviour and choice, this innovative workshop will encourage participants to think critically about the challenges around them and how to strive for success in a challenging marketplace.

The closing date for entries for Hospitality Ulster’s Pub of the Year Awards 2015 is Tuesday 15th September 2015.

A final shortlist will be announced by the end of October, revealing the premises shortlisted in each Award.

The winners of the 14 Awards will be revealed at a prestigious Gala Dinner on Wednesday 11th November 2015 at La Mon Hotel and Country Club.

For further information about the Pub of the Year Awards and to enter online, visit www.nipuboftheyear.org