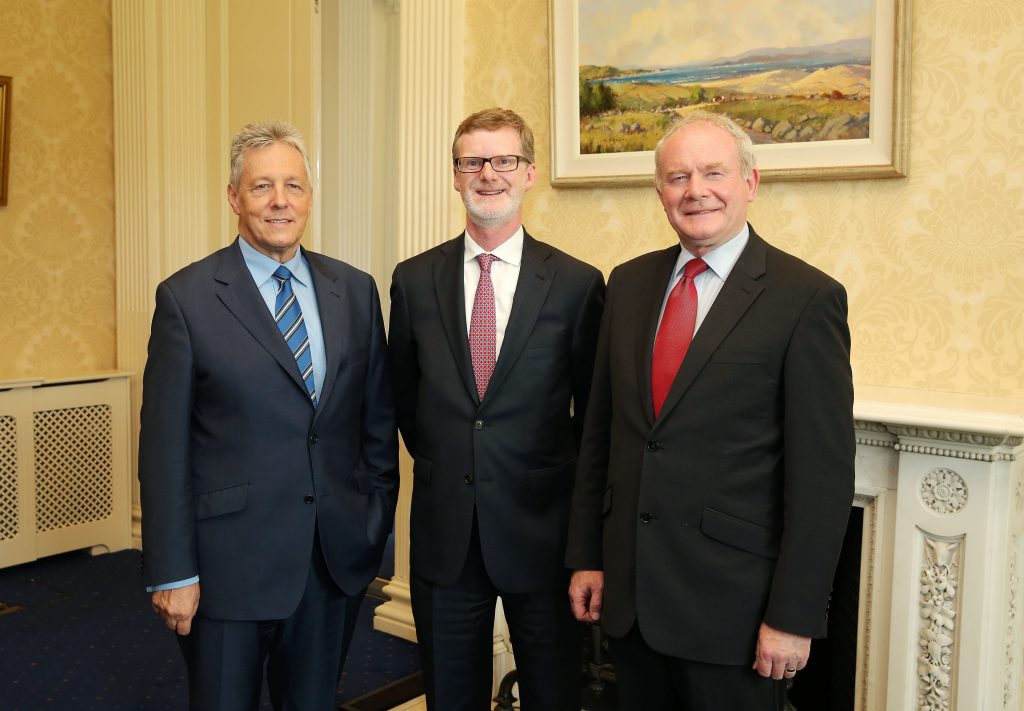 Speaking after the meeting the First Minister Peter Robinson said: “I extend a warm welcome to the new U.S. Consul Daniel Lawton.

“I look forward to working with Daniel across a range of areas of mutual interest. Although there may be great differences in scale between the Unites States and Northern Ireland there are many potential opportunities for partnership and growth.

“We will work closely with Daniel and his team at the Consulate, building on the work of his predecessor Greg Burton to develop economic relations so all the people of Northern Ireland can prosper.”

“The United States has had a diplomatic presence in Belfast since 1796 so the relationship is not only well established but one that is always supportive and progressive.

“There is an unbreakable bond between the U.S. and the North of Ireland and I look forward to working with Daniel as we continue to work hard to create jobs and improve the quality of life for all our people.”

“I look forward to working with the government and people of Northern Ireland to further our engagement and cooperation.”