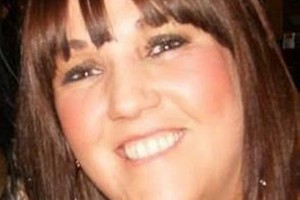 A MAN arrested in Co Donegal over the brutal stab murder of mum of three Jennifer Dornan is facing extradition.

It is understood the PSNI’s Major Investigation Team are now preparing to issue a European Arrest Warrant for the 37-year-old to be brought back to Belfast for questioning.

However, the legal process could take up to several weeks before the man is brought to Northern Ireland for questioning.

Last night, the PSNI said it was no longer seeking anyone in the Northern Ireland in connection with the investigation into the murder of the 30-year-old and has stopped its search.

Ms Dornan was found dead in her torched home in west Belfast in the early hours of last Sunday morning.

The killer stabbed her through the chest with a 14 inch kitchen knife and then set fire to her home in a bid to destroy forensic clues.

The 37-year-old man was arrested following contact between the gardaí and PSNI detectives investigating the murder.

In a statement on Saturday night, the PSNI said the man was detained in Co Donegal on an unrelated matter yesterday evening, Friday, August 7.