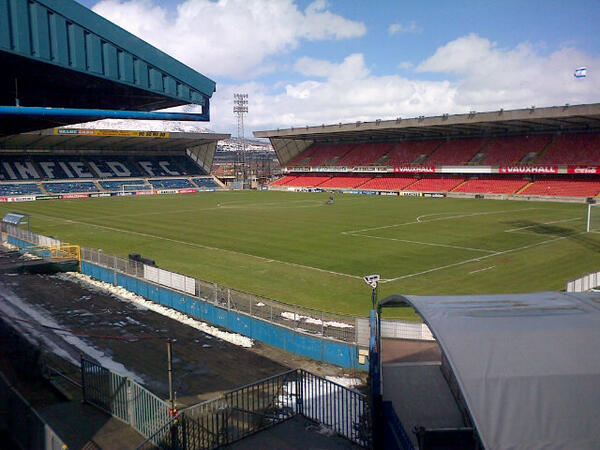 Two Darren Murray goals sealed the win but not before he was sent off on 83 mins.

And Linfield thumped Glenn Ferguson’s Ballymena Utd with Aaron Burns getting a brace for the Bluemen.

And Marie Curie Irish Cup winners Glentoran were beaten by a single goal on their travels to the Coleraine Showgrounds.

It was also a winning start to newly promoted team Carrick Rangers with a 2-1 win away to Dungannon.