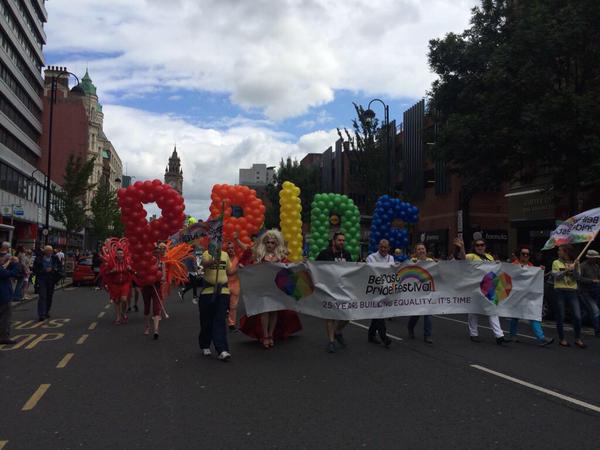 Organisers put the the figure at around 50,000.

However, police and road chiefs estimated the crown at around 30,000.

But it is a larger turnout than usual this year with the theme for the parade “25 years building equality. It’s time.”

Belfast Pride believe more people would take to the streets after the Republic’s ‘Yes’ vote three months ago to gay marriage.

The LGBT community in Northern Ireland now equality with the Republic.

The parade started around lunchtime from Custom House Square following its route along High Street, through Bridge Street to Waring Street and on to Donegall Street. 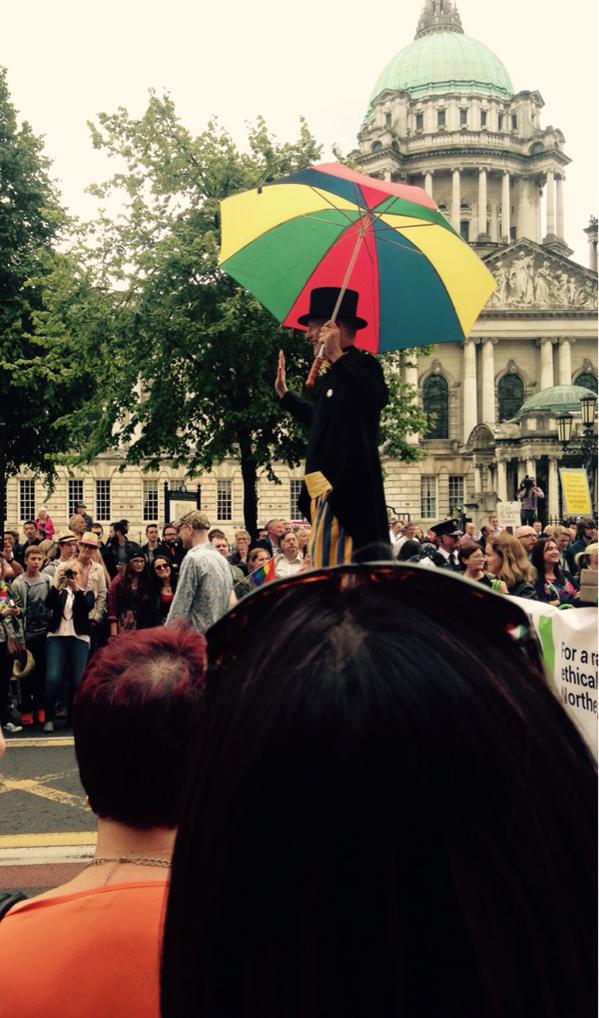