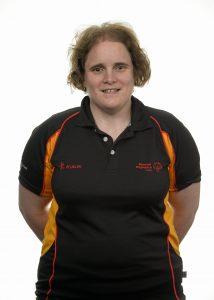 THE Team Ireland medal rush shows no signs of slowing at the 2015 Special Olympics World Summer Games in Los Angeles.

Day Five saw a stunning 11 medals won across various sports. Irish athletes have now claimed a total of 33 medals in what is proving to be an immensely successful World Games.

At Long Beach, Team Ireland kayakers enjoyed a great day with Nuala Browne (39) from Strabane, winning a silver medal in the 500M, while 54-year-old Rita Quirke from Rathangan, Co Kildare took a bronze medal in the same race.

Teammate Nicola Higgins finished off a great outing on the water by coming in fifth.

Commenting after her win, Nuala Browne said: “I’ve got a silver medal to bring back home to Strabane – it feels great! Everyone was shouting for me to get the medal when I was out on the water, I could hear them really clearly. I feel proud and happy and I’m looking forward to taking the medal home with me. Everyone will be so proud of me for taking part in the World Games.”

Kayaking coach chaperone Angelina Foley, from Rathmore, Co Kerry said: “It was really, really exciting. We were so nervous and now we’re so proud of all the kayakers. They’ve just tried their very best and put so much effort into it.”

Team Ireland Equestrian athletes continue to perform well after winning four medals on Day Four. 37-year-old Elizabeth Mair from Rathfarnham, Dublin brought her personal tally to two Golds after taking top spot in the dressage section of the competition. There was also success for teammate John Deevy (38) from Kilmeadan, Waterford who matched his teammate by taking gold in Dressage.

Over at the athletics in USC, 21-year-old Timothy Morahan from Rathmines in Dublin claimed a bronze medal in the 800M while 36-year-old Lisa O’Brien from Charleville, Co. Cork secured two bronze medals in the 50M and a further bronze in the 25M.

In Bowling, Ruth Geerah (35) from Mullingar, Co Westmeath clinched gold in the singles match. There was also success for Co. Louth athlete Anne Hoey (51) from Drogheda who took Gold in her singles match. Meanwhile, in badminton 17-year-old Liam Foley from Enfield, Co Meath won a bronze medal in the Badminton Singles.

At the basketball match in USC, the ladies basketball team produced a fine display to beat Ecuador 19-12, while the 11-a-side football team also recorded a victory putting two goals past Bharat.

Tying up what was a fantastic day for Team Ireland, athletes also recorded a number of personal bests with the total number recorded now sitting at 23 along, with 11 placement ribbons secured on Day Five. There were fantastic performances in the open water swimming event.

Team Ireland’s success at the Games has led to an outpouring of support across Ireland. Taoiseach Enda Kenny is the latest to add his voice to messages of goodwill. In a special video message, Mr Kenny said: “I want to send my best wishes to all the athletes, mentors and trainers at Team Ireland. I saw the clips from the Opening Ceremony; it was magnificent seeing all our proud athletes parade into the stadium. I saw you with Colin Farrell and Claudine Keane – neither will mind when I say that you were the real superstars on the night.

“To represent your country at Olympic level is a fantastic achievement; very few people get a chance to pull on an Irish shirt at Olympic Games – enjoy that moment. Your family and friends are very, very proud of you. We here at home are also very, very proud of you.  You are representing your country with pride and distinction and we are all cheering you on. So, go on Team Ireland, do the job!”

Commenting on Team Ireland’s fifth day at LA2015, Matt English, CEO Special Olympics Ireland said: “I want to congratulate all of the athletes on what was another very exciting day for Team Ireland at venues across Los Angeles. Winning a medal for your country is a tremendous achievement. I know family, friends and supporters and indeed the general public back home are very much behind the team and cheering their every success. I would also like to thank Taoiseach Enda Kenny for his very kind message of support.”

Shaun Cassidy, regional director, Special Olympics Ulster said: “Hearing news of Team Ireland’s amazing fifth day is just incredible – just when you think it can’t get any better, it does. We send our congratulations and best wishes to all of the athletes, who continue to make us so proud and a Special mention to Ulster athletes, Carole Catling and Nuala Browne on winning Gold and Silver – we are bursting with pride at their achievements. As Team Ireland head into the penultimate day of competition in LA, we send every best luck to all of the athletes, coaches and volunteers who are an absolute inspiration to us all back home.”

The World Games run until August 2nd 2015. An 88 strong Team Ireland – including 12 Ulster athletes are competing in 12 different Olympic style sports. Their selection comes after four years of training and competition.

A 40-strong coaching and management team are supporting the athletes in Los Angeles, with 155 Team Ireland volunteers working at the Games. Over 300 family members have also made the trip to the World Games to support Team Ireland athletes.