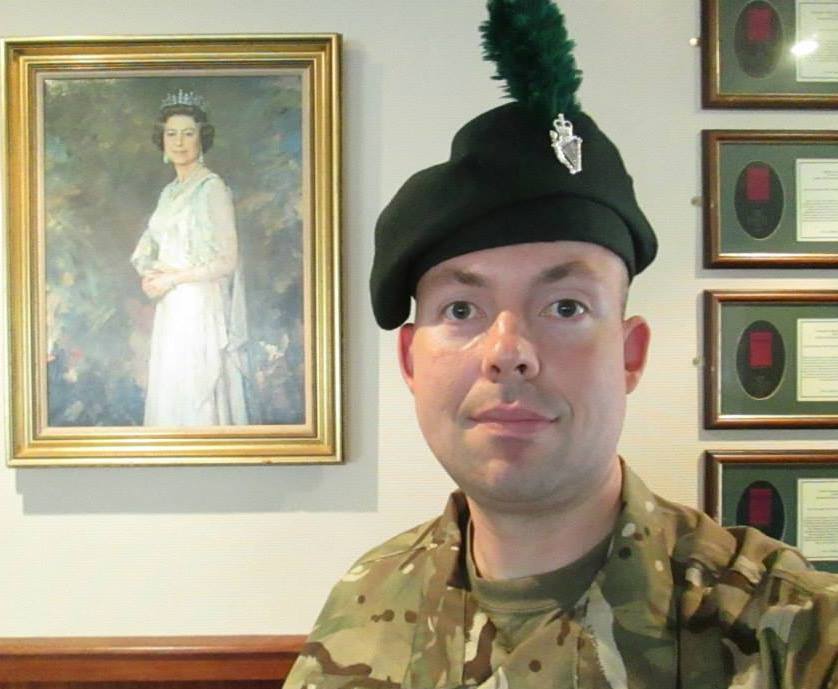 Eric Rohloff, from Clifton Road in Bangor, Co Down, appeared at Belfast Magitrates’ Court this morning via videolink.

Here is dressed in his 2 Royal Irish Regiment uniform and at the time held the rank of ‘Major’.

Last Saturday, he appeared at the same court to face a total of 14 charges, including causing the bogus alert at Mr Adams’ west Belfast home in May.

The charges also include making threats to kill other members of Sinn Féin.

Rohloff was remanded in custody to appear this morning via videolink from the remand unit at Maghaberry prison.

He was released on bail and was ordered to surrender his British and German passports to the court.

Up until his arrest Rohloff was a customer services representative for Firstsource Solutions.

At the time of the incident, the Andersonstown News newspaper reported that it received the bomb call from a man claiming to be from the “UVF”.

The caller claimed a device had been left at the Norfolk Drive home in west Belfast of Sinn Fein president Gerry Adams.