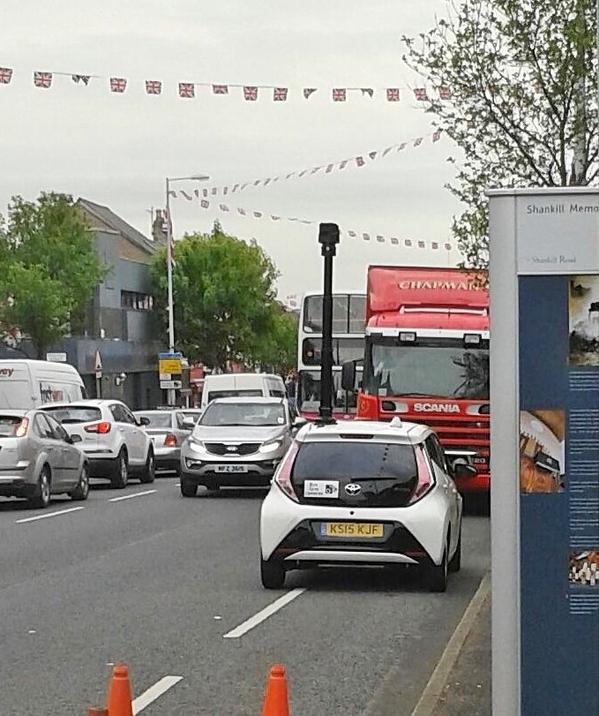 HUNDREDS of motorists with £90 penalty fines have been told they are being shredded as a major blunder with Belfast’s new bus lane cameras was uncovered.

The massive cock-up only emerged after a driver decided to query the time on their ticket.

It lead to an investigation by camera operator NSL and it found found that 118 penalty notices had been issued in error between 22 June and 21 July, due to an issue with time settings on the cameras.

NSL said penalty notices relating to 612 offences, which occurred within the time period when the settings were incorrect, have also been cancelled.

Roads Minister Danny Kennedy is said to be “furious” at the balls up.

He said: “Firstly, I want to apologise to those motorists who were incorrectly issued with a penalty charge notice and want to assure them that their ticket will be cancelled and any monies already paid will be refunded.

“All motorists involved will be notified in writing in the next week.

“I have sought and been given assurance by NSL and their contractors Zenco that this matter has now been thoroughly investigated and that the cause of the timing issue has been identified and resolved.

“Going forward, NSL has given a strong assurance that there will be no further recurrences of the fault.

“NSL has put in place a number of measures including checks on all video clips of potential contraventions to be carried out by both NSL and Zenco and the provision of a daily status report to my Department on the outcome of these checks.

“I have initiated an independent audit of the NSL process and an external review which will examine the handling of this matter by my department.”

NSL has apologised for the cock-up.

A spokesperson said: “There is no need for motorists to contact us or Transport Northern Ireland.

“All those motorists affected have been identified and they should already have received – or will soon receive – a letter from Transport Northern Ireland to explain what has happened, to let them know that their PCN has been cancelled or refunded.

“We want to offer our sincere apologies for any distress this may have caused them.”

The bus lane cameras in Belfast became operational on 1 June.

However there were no fines until 21 June, after which motorists caught breaking the rules would risk a £90 fine, reduced to £45 if paid within two weeks.