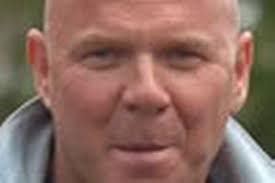 Two other men – Craig Convery and Gordon Brown – were found guilty of being involved in organised crime.

The plot was uncovered during a covert MI5 undercover surveillance operation.

Duffy and Gorman were also accused of planning the murder of former Barlinnie Prison governor Derek McGill with a car bomb.

The four men denied all the charges.

They also denied a charge of joining others with the “intention of committing acts of terrorism”.

The charges includes accusations there were plans “of where and by what means” each man “was to be murdered”.