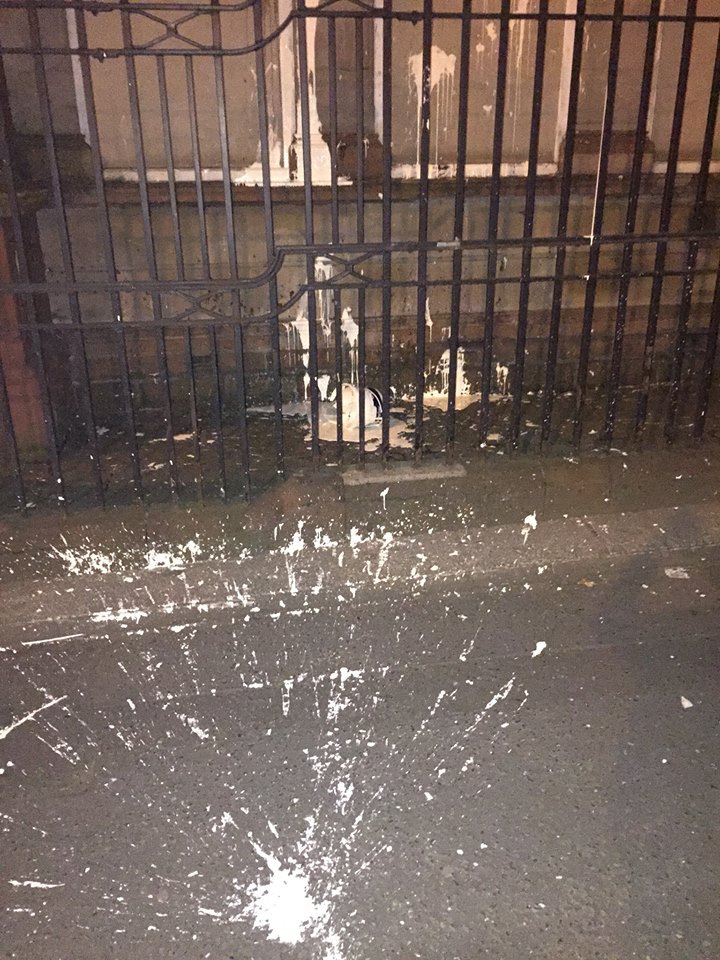 Eyewitnesses saw a group of around 12 youths emerging from Henry Place, from the New Lodge area, at around 10pm and throwing a paint bomb and petrol bomb at the Orange Hall.

One then ran across Clifton Street to throw a paint tub against the hall and golf balls and other objects were thrown at members of the public.

Mr Humphrey said he was disgusted at the attack.

“This was an utterly appalling and inexcusable attack on this historic Orange Hall.

“The petrol bomb exploded and burned out against the outside wall beside the Orange Hall and the adjoining Indian Community Centre. Those responsible for this attack were prepared to see either building set on fire.

“Clifton Street Orange Hall is a beautiful building architecturally, being attacked for what it is and where it is.

“To my knowledge this is the first such attack this year, but it follows a disgraceful pattern of sectarian and orchestrated attacks against this hall in the run-up to major parades in previous years.

“This is a clear attempt by republicans to raise tensions, following on from the stone throwing attack at Twaddell Avenue last week and attacks on bonfires.

“I appeal for calm in the face of this provocation. Community and political representatives from all communities must recognise this sectarian campaign of provocation for what it is and condemn it without reservation.

“This attack occurred on a busy arterial route while it was still daylight. I welcome that at least one eyewitness has given a statement to the police and I appeal to other witnesses to do likewise.

“I urge anyone who knows who was responsible for this shameful sectarian attack to pass that information on to the police.”