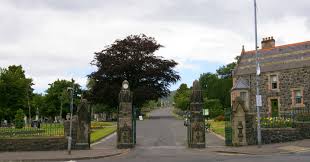 A Belfast cemetery is to receive £165,800 funding from the National Lottery.

The money will help restore the City Cemetery as “one of greatest hidden heritage assets,” according to Paul Mullan, head of the Heritage Lottery Fund

The graves and tombs of some of Northern Ireland’s most prominent industrial figures and pioneers of education and social justice are part of the cemetery’s historical appeal.

Two of the lesser-known features at Belfast’s first municipal cemetery are the Jewish Cemetery, which was added in 1871 and has separate walls and entrances.

Over the years it has been vandalised and gone into ruin.

There is also the Poor Ground where around 63,000 people are buried.

Councillor Julie-Anne Corr Johnston said: “I’m delighted that this funding will allow us as a council to do even more to ensure it achieves its full heritage potential.”