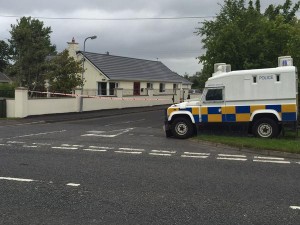 THE three men who were arrested on Thursday morning over a bomb bid on a PSNI officer have been released without charge, Gardai have said in a statement.

The men were detained around 4 am on Thursday morning in Killygordon, east Donegal.

A Garda spokesman said: “A file will be prepared for the Director of Public Prosecutions.” .

The men were arrested after a lethal booby trap bomb was found under the car of a couple who are both serving PSNI officers.

The device was found outside their Glenrandel home in the village of Eglinton.

A man arrested in Eglinton under section 41 of the Terrorism Act remains in custody at the serious crime suite in Antrim.