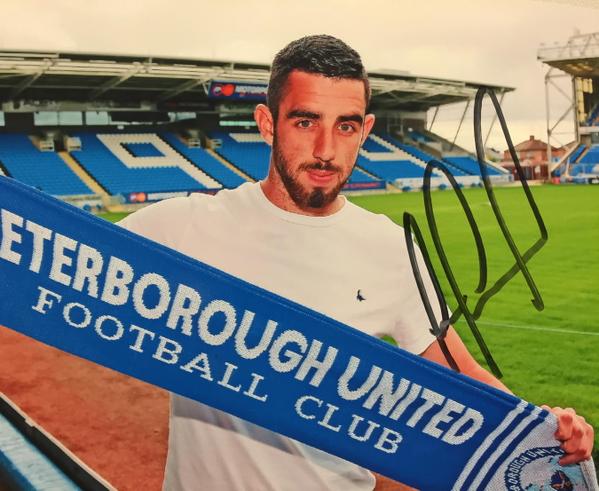 PETERBOROGH United have completed the signing of prolific Cliftonville striker Joe Gormley for an undisclosed fee.

The 25-year-old has penned a three-year contract at the ABAX Stadium, subject to international clearance.

Gormley netted 41 goals last season and was named as Ulster Footballer of the Year and Northern Ireland Football Writers’ Player of the Year for 2013–14.

Last season Joe scored five hat-tricks, as he broke his own club record for the number of goals scored in one season.

He joined the Irish Premiership side from Amateur League club Crumlin Star in 2011.

He won back-to-back Premiership titles with Tommy Breslin’s side, as well as three successive League Cup triumphs and has scored an astonishing 111 goals in 170 appearances in all competitions for the club.

Posh boss Dave Robertson said: “Joe comes with an excellent pedigree having scored 41 goals last season and he is a player that we have known about for quite some time because of his goals to games ratio and his all round ability.

“I am thrilled that the deal is over the line and I am looking forward to working with Joe.

“We want to bring goals to this team and I am confident that he will be a big part of that. The chairman has been fantastic in getting this deal completed.’

Gormley said: ‘I am really happy to be signing for Peterborough United.

“It’s a dream I have had to come over the water and show what I can do in England.

“Grant McCann and Dave Robertson have really sold the club to me and I can’t wait to get started.

“I am obviously sad to be leaving Cliftonville because I have been there a long time and grew up just around the corner.

“I scored 41 goals last season which was my best scoring record and hopefully I can transfer that form into the Football League.

“At the end of the day, the size of the goals do not change.’