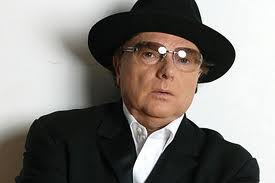 Sir Van has received his gong for his services to music and the tourist industry in Northern Ireland.

The 69-year-old was born in east Belfast and has sold millions of albums around the world.

In a statement issued on Friday evening, Sir George, as he will be called, said: “Throughout my career I have always preferred to let my music speak for me, and it is a huge honour to now have that body of work recognised in this way.

“I would like to take this opportunity to thank all the fans who have supported me on my musical journey.”