FUNERAL FOR SCHOOLBOY WHO WAS TRICKED INTO POSTING PICTURES ONLINE 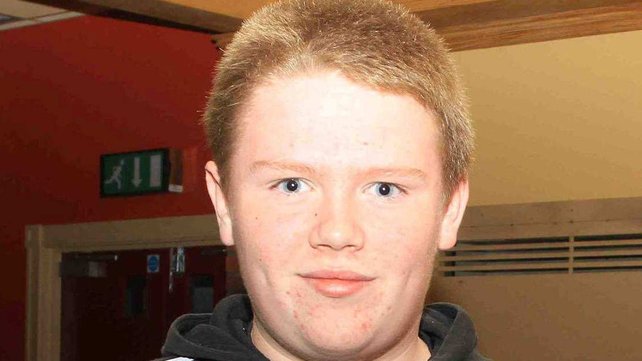 THE funeral is taking place this morning for a teenager who took his own life after he was tricked into posting images on a social networking site.

Police are investigating the circumstances surrounding the sudden death of 17-year-old Ronan Hughes in the Coole Road area of Coalisland on Friday.

He said if anyone has experienced anything of a similar nature or has received any inappropriate images or links it is important they contact police or tell a trusted adult.

It is understood Ronan had told his parents about the cyber-bullying and made a complaint to the police.

His school, which is in Donaghmore, said teachers would be available to speak to parents and pupils.

In a statement, Clonoe O’Rahilly’s said: “Ronan was a youth player, having played goalkeeper throughout his short youth career. He was a quiet and modest young lad who was popular among all players and coaches. His death has left a dark shadow hanging over our club.”

Supt Baird said: “Police are continuing to liaise with a number of statutory bodies and community representatives.

“Officers have spoken to pupils at a school in the area and offered advice regarding safe internet use and any type of virtual interaction including social media sites, chatrooms and through interactive games.

“If anyone has experienced anything of a similar nature or has received any inappropriate images or links, it is important that they contact police or tell a trusted adult. By doing this you will be helping prevent further such incidents. You will not get into trouble.

“We all deserve to be able to use the internet to learn, explore and connect with each other. But all of us need to be aware of the risks involved in doing so, especially on social media.”

A funeral service for the teenager is due to take place tomorrow.

He is survived by his parents and brother and sister.

Don’t accept friend requests with someone you don’t know

If someone has made you feel uncomfortable or you have had disturbing interaction online, tell someone you trust.