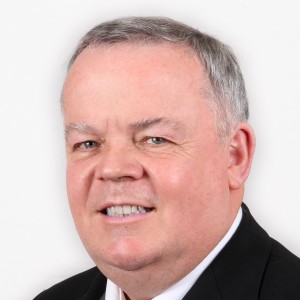 SDLP East Derry MLA John Dallat has said that the investigation into the flying of the Irish Tricolour over Parliament Buildings last week has turned Stormont into a “laughing stock”.

Mr Dallat, who dismissed the incident as a prank, criticised the amount of police resources dealing with the fallout from the issue.

He said: “I have been told that there were seven detectives interviewing workers in Stormont on Friday with an additional three constables bringing in individuals to be interviewed in three locations in the building.

“This morning I have been told that security staff has been given instructions to scan workers to intercept any other flags which might be weaving their way onto the roof of Parliament buildings.

“These revelations are both laughable and lamentable.

“With serious crime on the increase, hundreds of murders unsolved across the North and harsh public sector cuts being implemented on the PSNI, having seven detectives tied up investigating a flag is scandalous.

“Too much is being done to placate the calls of some people who simply have no sense of humour.

I feel sorry for the workers who have operated in some of the most inclement weather and worked very hard to restore the roof on Parliament Buildings.

“Perhaps the real problem is that there is no room up on the hill for a little mischief making.”