TEEN ARRESTED OVER CAUSING DEATH OF COUSINS IN HORROR SMASH 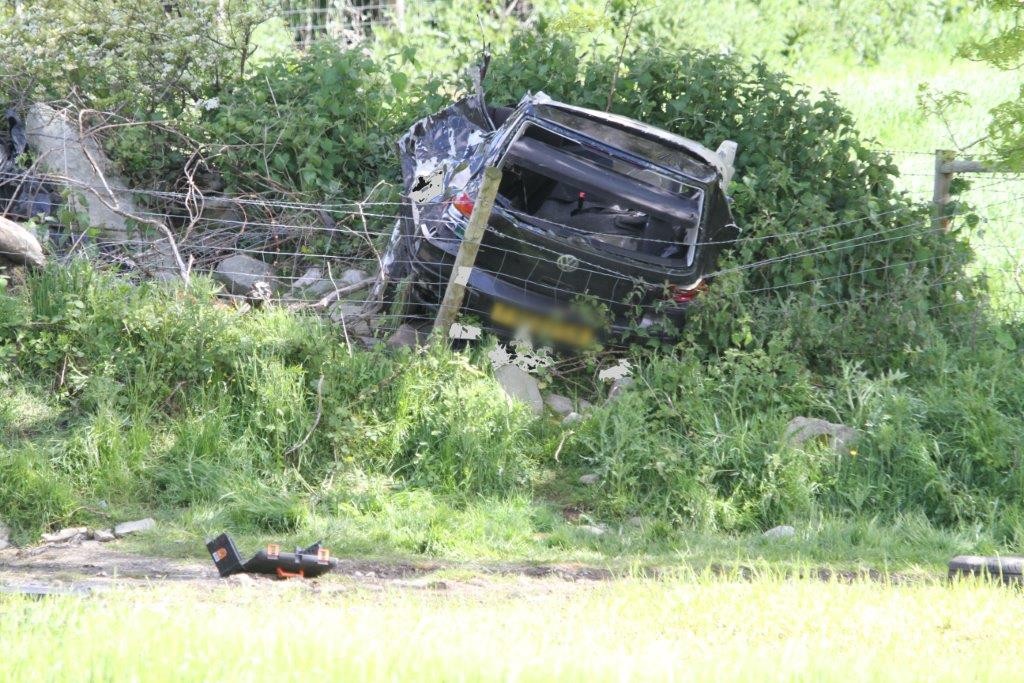 The mangled wreckage of the car which claimed the lives this morning of two cousins. PIC: NORTHWEST NEWSPIX

THE PSNI has revealed that an 18-year-old man has been arrested in relation to the fatal road smash that claimed the lives of two male cousins earlier this morning.

It follows the serious road traffic collision between Magheramason and Newbuildings in the early hours of this morning.

The two men were killed when the Volkswagen Golf they were travelling in left the road at 3.30 am this morning.

The victims are aged 19 and 21 and from the Donemana area near Strabane.

The 18-year-old male driver of the car and a 16-year-old girl, who was a passenger, have been released from hospital.

Police are appealing for anyone who was travelling on the Victoria Road between 3 am and 3.30 am to come forward.

They are keen to hear from anyone who saw a black Volkswagon Golf travelling from Strabane in the direction of Derry.

Chief Inspector Alan Hutton said: “We are still investigating what exactly happened. One car was involved.

“So far, this year, 28 people have been killed in traffic collisions.

Deputy First Minister Martin McGuinness has tweeted saying it is “very sad to hear of the loss of two young lives and injuries to others. My thoughts and prayers with their families.”