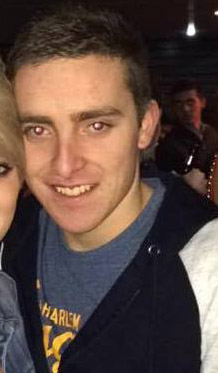 Aaron McDonald, one of the victims of the early morning fatal accident near Derry.

THESE are the two cousins who tragically died in a horrific road smash in the early hours of this morning.

Aaron McDonald, 19, and 21-year-old Michael McDonald lost their lives after the black Volkswagen Golf they were passengers in hurtled off the road.

The two lads lived in Donemana, Co Tyrone. Both had been educated at Strabane High School.

The accident happened in the early hours of this morning outside Derry between Magheramason and New Buildings.

Emergency services rushed to the scene and found four victims – three males and a female- in the mangled wreckage of the car.

An 18-year-old male and a 16-year-old girl were admitted to hospital for treatment but were later released.

The teen male was later arrested by the PSNI on suspicion of causing death and grievous bodily injury by dangerous driving.

Friends and relatives have rallied round the McDonald family to give them support in their hours of need.

As news broke of the double deaths of two popular lads, pals also took to Facebook to rally round hairdresser trained Jamee Devine, the heartbroken girlfriend of Aaron McDonald,

They told her to “keep your chin up hun’’ and “we will get you through this’’.

Friends of the two dead cousins also took to Facebook to express their shock and offer condolences to the McDonald families.

Pal Sarah Jane McGerrigle wrote: “Hearts breaking for all that new Aaron and Micheal both family and friends, such a tragedy 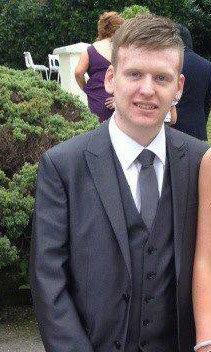 “I wouldn’t wish pain like that on any family! Can’t believe it, Rest in peace boy. Was a blessing having known you both !! Thoughts are with the McDonald family at this tragic time. X’’

Police have appealed for anyone who was travelling on the Victoria Road between 3 am and 3.30 am to come forward.

They are keen to hear from anyone who saw a black Volkswagon Golf travelling from Strabane in the direction of Derry.

Chief Inspector Alan Hutton said: “We are still investigating what exactly happened. One car was involved.

“So far, this year, 28 people have been killed in traffic collisions.

SDLP West Tyrone MLA Joe Byrne expressed shock and sadness and said his thoughts were with the families of those killed and those injured in the crash.

“I know that the local community will offer them every support,” he added.

“This tragedy emphasises the need for significant changes to the roads infrastructure in this area.

“We need to urgently upgrade the A5 to improve safety and avert future accidents which shatter the lives of local families and send shockwaves through our community.”

Deputy First Minister Martin McGuinness said he was “very sad to hear of the loss of two young lives and injuries to others. My thoughts and prayers with their families.”