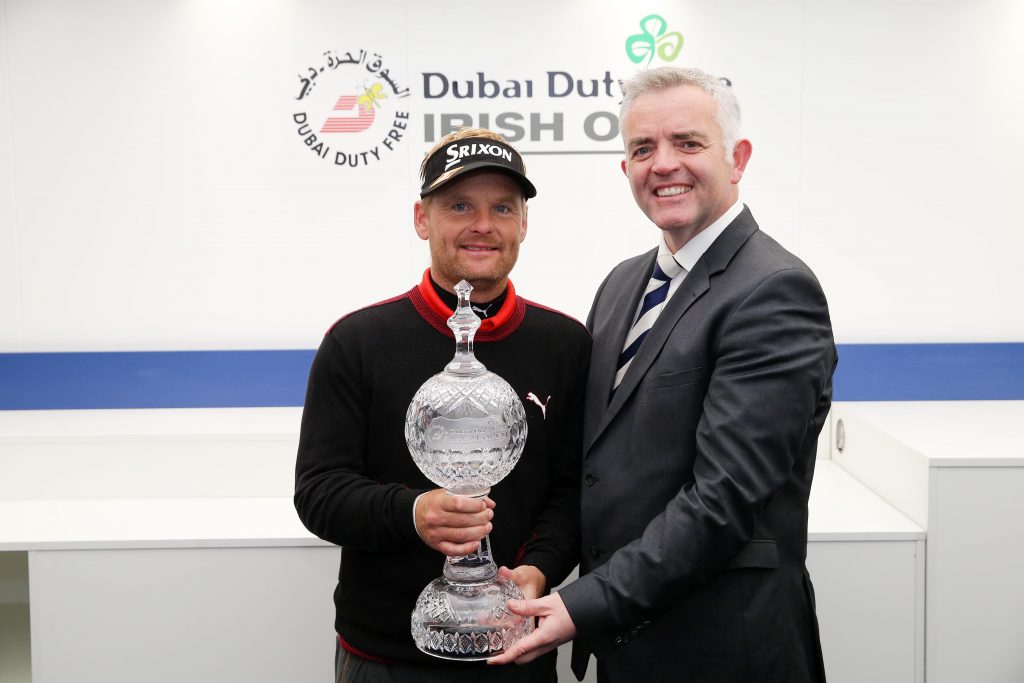 The trio all finished on two under par.

They then played the 18th hole in a play off with Kjeldson clinching his victory with a birdie.

Speaking at the trophy presentation, the Minister said: “I would like to congratulate Søren Kjeldsen on winning this prestigious event. The Dubai Duty Free Irish Open Hosted by the Rory Foundation at Royal County Down has been a huge success, a real showcase of Golf sporting excellence.

“It has been a real honour to see a top class line-up play here and I know the tens of thousands of fans who came to the course this week will agree it has been a fantastic tournament.

“The significance of hosting a major professional golf tournament like this lies in the opportunity it provides for showcasing our tourism product and raising our profile on a global stage. With the spectacular Mountains of Mourne as a backdrop, and having appeared in countless lists of the world’s best courses, Royal County Down is a wonderful advertisement for Northern Ireland and a star attraction in its own right.

“The acknowledged quality of our courses and the widespread support for the game, exemplified by the unprecedented sell-out of the Irish Open in 2012 and again this year, have combined to enhance Northern Ireland’s status as the home of great events.

“I can safely say Northern Ireland is well and truly on the map as a golfing destination for sportspeople from around the world.”