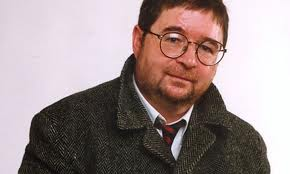 THE family of murdered investigative journalist Martin O’Hagan have offered a £50,000 reward for information leading to the prosecution of his killers.

The Sunday World reporter was shot dead in Lurgan in September 2001 as he walked home from the pub with his wife Marie.

Three men – Neil Hyde, Drew King and Nigel Leckey – were later charged with the murder of the 51-year-old father.

Robin King and Mark Kennedy were charged with disposing of or concealing the getaway car.

Neil Hyde later agreed to become a ‘supergrass’ and give evidence against his co-accused.

However, in January 2013, the Public Prosecution Service decided not to proceed with his evidence saying his testimony alone would not “provide a reasonable prospect of obtaining a conviction against any individual”.

The PPS later withdrew the charges against the suspects.

He told Stephen Nolan: “Every murder in the north of Ireland was wrong, was senseless.

“It was all a complete waste.

“But when you find out that not only was it a complete waste but the State that was supposed to protect its people was in some cases complicit, that’s scary.”

The programme revealed that the gun used in the murder of five people in Sean Graham’s bookmakers shop on the Ormeau Road in the early 1990s had been on display in the Imperial War Museum in London.

It was tracked down after it was thought the gun had been destroyed by police.