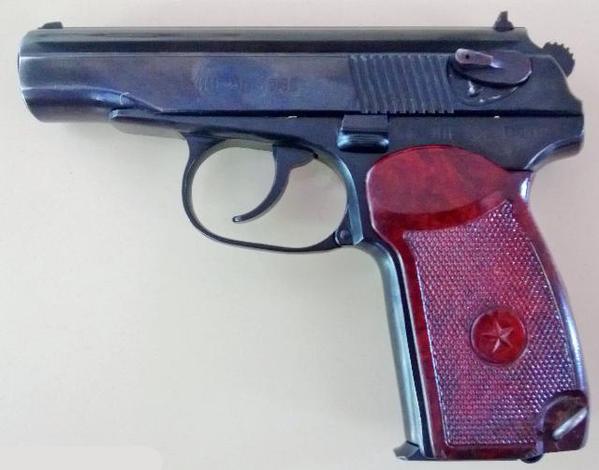 ANTI-TERROR detectives investigating the murder of Jock Davison have tonight revealed details about the weapon used to kill the IRA chief.

Officers also released details on the BBC1 Crimewatch programme of what they believe be were the gunman’s movements before and after the assassination..

Davison, 47, was shot five times after he collected his morning newspaper and walked to the community centre in the Markets district where he worked.

He was shot once in the back and then four times to the face.

Detective Supt Kevin Geddes, of the PSNI’s Terrorist Investigation Unit, said the gun was a Makarov pistol which is of Eastern European origin.

He said the gun was different in that it fired smaller than normal 9 mm ammunition.

“I would like to know how that gun came to be in Northern Ireland,” said Det Supt Geddes.

The senior detective said a man wearing a black waterproof jacket and hood was seen in the vicinity of the murder in the minutes before the assassination.

One eyewitness seen a man standing at McAuley Street carrying a red and white bag.

After shooting Jock, he made off on foot into an alleyway at Stanfield Place.

There has been speculation the killer stopped off at a nearby house to dispose of the gun and his clothes before making good his escape.

Police have been trawling CCTV footage on roads around the Markets district looking to pinpoint the gunman.

“The opportunity provided by Crimewatch will hopefully generate calls from people who can help us apprehend the killer.”

The Crimewatch was screened tonight at 9 pm.

Those with information can call detectives who will be in the studio and also at the incident room at Musgrave PSNI station.