PRINCE CHARLES AND CAMILLA TO START SERIES OF NI ENGAGEMENTS 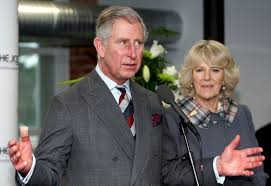 THE Prince of Wales and the Duchess of Cornwall are to attend a series of events in Northern Ireland later today.

Prince Charles will visit a community centre in east Belfast, while the Duchess of Cornwall will attend a cross-community lunch.

The Royal couple will later meet the First Minister Peter Robinson before having a private audience with Secretary of State Theresa Villiers at Hillsborough Castle.

The couple will stay overnight at the Royal quarters in the castle before continuing a series of engagements on Friday.

On Thursday evening, the Duke and Duchess of Cornwall will host a reception at the castle for 100 invited guests.

The Royal couple started their four-day visit to Ireland on Tuesday. 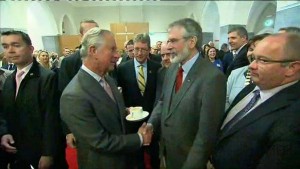 It was the first meeting in the Republic between a member of the Sinn Féin leadership and a Royal Family member.