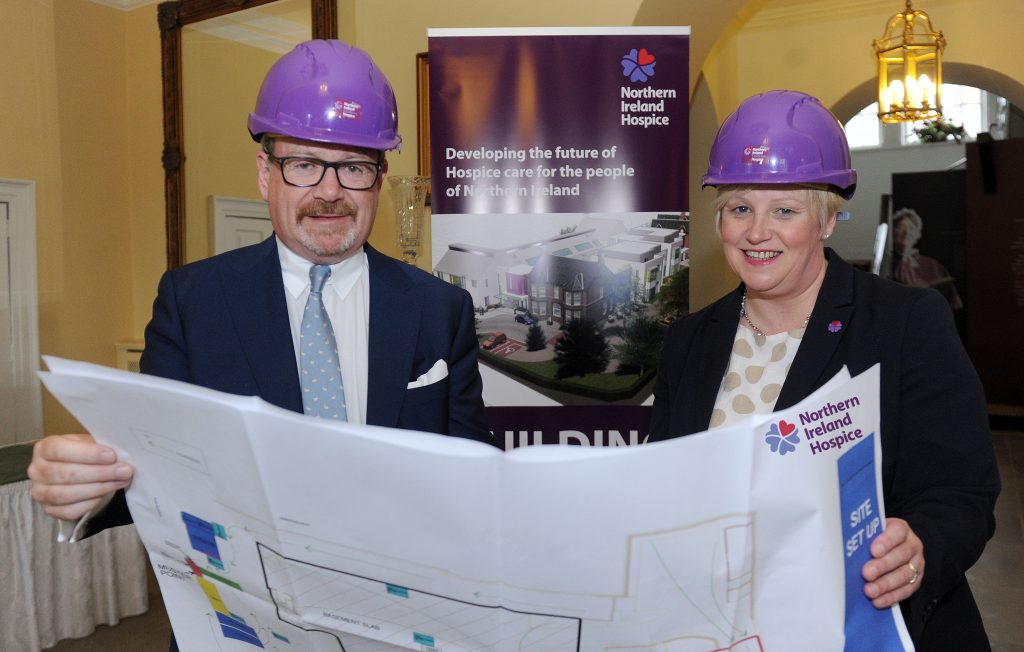 NORTHERN Ireland’s oldest charitable foundation, Belfast Charitable Society has announced a three-year partnership to support the development of hospice care for the people of Belfast, pledging £250,000 to support the work of NI Hospice.

Based at Clifton House, the Belfast Charitable Society has long played an historic role in the development of Belfast and the welfare of its people, whilst NI Hospice has played a leading role in developing palliative care services for the people of Belfast.

The partnership launched this week with a capital grant of £100,000 towards the building of the new state-of-the-art 18-bed adult hospice in North Belfast. The new facility, which is due to open in late 2015, will be a centre of excellence for palliative care in Northern Ireland. A further £150,000 will be donated over the course of the next three years to support NI Hospice research into end of life care.

A great deal of what we take for granted in the city of Belfast today owes its origins to Belfast Charitable Society. The foundation of social welfare, the supply of clean water, the city’s first hospital, funeral services, the beginnings of a police service and a municipal burial ground all began with the launch of the Society in 1752.  The Society was founded by a group of leading businessmen in the city to build a Poor House and Infirmary for the most vulnerable citizens of Belfast.

The Poor House, now known as Clifton House, opened in 1774 with provision for 50 residents; by 1820 over 330 were accommodated in the extended building. Deserving poor who could not be taken in were given licence to beg and badges to commend them to the charity of the citizens.

Today, Clifton House is a busy meetings and events venue and the headquarters for the Belfast Charitable Society, which continues to benefit the people of Belfast by supporting various charities and philanthropic causes.

Commenting on the new partnership with NI Hospice, Belfast Charitable Society Chairman, David Watters said:“Northern Ireland Hospice’s vision is that everyone has access to quality end of life care, whatever their circumstances, age, disease, culture and wherever their place of care. It is a vision that fits with that of the Belfast Charitable Society and we are delighted to support their valuable work. The new Hospice will serve the people of Belfast in the same way as Clifton House did when it opened 241 years ago.”

Heather Weir, Chief Executive of NI Hospice, said: “Hospice cares for one in five people who die in Northern Ireland every year. This investment by Belfast Charitable Society will make a significant impact as we rebuild the adult Hospice and, in particular, the new Education and Research Centre.

“This strategic partnership with the Belfast Charitable Society will not only help us build the new centre; we look forward to researching and  developing new models of care for patients and their families, looking beyond cancer, making sure that we can care for more people with dementia, respiratory and neurological conditions.

“We still have a further £1.7million to raise to complete the new Hospice but this significant grant from Belfast Charitable Society is exemplar and I am confident we will meet our target and provide a new landmark for Belfast”.