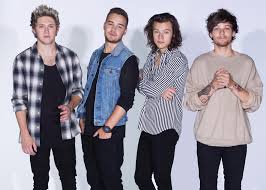 POLICE in south Belfast are appealing for information following a burglary in the Victoria Street during which a batch of One Direction tickets were stolen.

Inspector Rosie Thompson said : “At approximately 8.45am on Tuesday 11th of May police received a report of a burglary in the Victoria Street area.

“Three laptops, two blackberry phones, a sum of cash, a BOSEstereo and 13 One Direction tickets were stolen.

“I would urge anyone who may information on this burglary, or has been offered any of these items or the concert tickets by unofficial sellers to please contact police on the non-emergency number 101 or anonymously through the independent charity Crimestoppers on 0800 555 111.”